Today's Recipe Review is another from the amazing Comfy Belly blog. I promise it's just a coincidence that I've done two of hers in a row.

A few weeks ago I was rabid for a donut. Pre-SCD I occasionally indulged in one of THE BEST things on earth. A hot Krispy Kreme donut. Melt in your mouth sugary bliss. Those days have come and gone. But the desire to have a donut has apparently not fled. So I was delighted to stumble upon her recipe for donuts made from coconut flour.

Unfortunately, I don't have a donut maker or donut pan.  But her recipe assured me that I could make the recipe as cupcakes.  So I did. . . 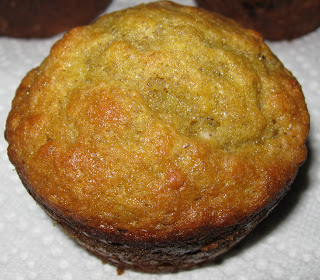 They came out perfectly.  Golden.  Lightly crisp on the outside.  And check this out!  So moist on the inside you can see it in my pic. . . 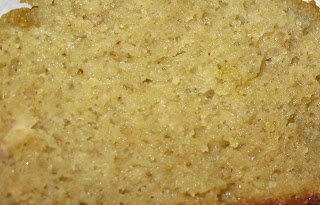 And on a side note, I love to watch things bake in the oven.  I mean, I stand in front of it and look through the window and watch things bake.  These are the first grain-free anything that I have made that I could actually SEE rise while baking.  That's got to be why these are so light and fluffy.

I did modify the recipe by adding 1 tablespoon of ground chia seeds (as I do to all coconut flour baked goods). This does contribute to the moistness factor. But since chia is SCD illegal you can leave it out and these cupcakes will still be amazing.

I have dubbed these "Vanilla Muffins".  They are now a permanent part of my baked good rotation.  I think this base recipe would be wonderful with several variations.  I'm planning to try adding blueberries, pumpkin, zucchini and apples.  I'll keep you all posted on my experiements.

Seriously.  What are you waiting for?

They're terrific!
Posted by Christy at 10:38 AM

Where to Buy SCD Supplies